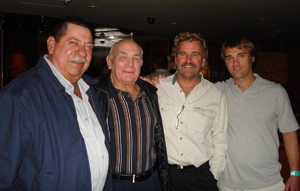 53 years ago, Alfonzo (Al) Pavlicek began working for my grandfather, Gary Van Delden at Van Delden Service Company. He was 19 years old then, and began as a helper installing septic systems. He’s worked for three generations of our family business, and after 53 years of dedication and loyalty, Al is retiring.

Al has worked through the many changes in the industry through his years of septic installations. Rock removal through many of his earlier years was done by jack hammering with air compressors and 120-lb jack hammers. Dynamite was used to accomplish this from the 1970s to the 1990s, when the use of hydraulic hammer attached to the backhoe became the new tool of the trade. 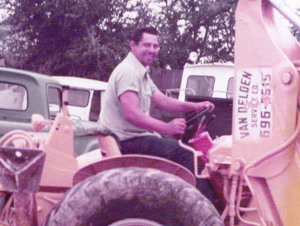 Over the years, Al became our #1 backhoe operator and installer — we estimate he has installed over 2,500 septic systems for Van Delden Wastewater Systems. He celebrated 50 years with us in 2010 with an article in San Antonio Construction News, and although he’s not sure what retirement will bring, he certainly hopes it involves fishing.

Al, we will miss you — not just as an employee, but also as a friend. Pam, Courtney, Chad, myself, and the entire Van Delden team wish you a happy and relaxing retirement — you’ve earned it!